"If the Higgs Report sparked annoyance in boardrooms, this book will cause apoplexy" 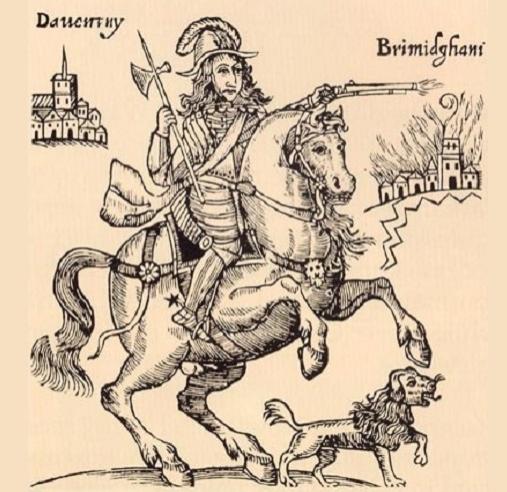 A Brexiteer Rides Out

How to Ruin a Nation. The Decline of Great Britain.

Britain emerged from the Second World War with honour but economically exhausted, and proceeded inevitably to lose the last vestiges of Empire. Australia, Canada and New Zealand had long since become independent nations. Certain ties in the form of social values and family links remained with the Commonwealth, but Britain’s role had become symbolic rather than political. India and the rest gained their independence from the British Empire.

A truly significant post-war event was the Suez Crisis, when Britain with some French support invaded Egypt in order to control the Suez Canal, and was forced to concede owing to American opposition. It was becoming perfectly clear to anyone who cared to look that Britain had ceased to be an Imperial power capable of exercising power alone. “Sending a Gunboat” was a dead duck.

At home, political and industrial turmoil had a weakening effect on the industrial economy. Wholesale nationalisation of the means of production and distribution did little to build the economy and certainly did not greatly improve the infrastructure, especially roads and railways. The banking and finance systems remained in an international backwater. Trades Unions increased their sway over big centralised organisations and were able to speak to government with strong voices. But what remained of British industry contained many strong engineering and manufacturing organisations capable of holding their place in the wider world.

Then came a series of events that changed the face of Britain and its place in the world even more dramatically than Suez.

This happened as a result of a referendum in 1973, and under Harold Wilson in 1975, the UK joined the Common Market. Thus the UK had the protection of the largest free trade area in the world.

However, the UK continued to undermine itself from within………

Thatcher, the Free Market and Deregulation

The arrival of Margaret Thatcher and following her, Free Market dogma, has wrought a revolution. The UK banking system was de-regulated, allowing a flood of American banks to dominate the financial markets, bringing with them an aggressive deal-making culture. Margaret Thatcher encouraged the sale of publicly owned housing without a balancing programme of building replacement affordable homes. In time the housing market has become dominated by private renting – and the disastrous dearth of affordable housing which today is causing misery, anger and bitterness.

The result of high interest rates was to drive up sterling even though domestic costs were rising faster than those overseas, fueled indeed by the further mistake of nearly doubling VAT and stoking up pay claims. Britain's unit labour costs rose by 63 per cent more than those of our trading partners between 1977 and 1981, an unprecedented loss of competitiveness that caused manufacturing output to plunge by a fifth.

Indeed, the proud record of Lord (Geoffrey) Howe is that he managed to destroy more of British manufacturing in two years than Hermann Goering and the Luftwaffe in five. Even Lord Howe, a master of disingenuous understatement, was forced to concede that this policy might at least have been presented better!

Since the free market took hold, a number of trends have become apparent:

What has been left after this wholesale destruction is quite poisonous:

Britain, already weakened by the destruction of most of large industrial and engineering exporting companies through break-up, sale and financially-driven mergers and takeovers, often by foreign-owned companies; stands isolated in the modern world with huge foreign ownership of indigenous companies and assets. It has been calculated that more than 50% of UK exports are now made by companies owned from outside Britain. Add this to the fact that about 60% of exports are with the European Union and the picture becomes clear: Britain needs foreign support to survive in an increasingly hostile world.

The result of all this (as in the United States) is trauma and widespread anger, especially in the areas most affected by industrial decline and financial collapse, accompanied by desperate destruction of whole communities.

Wide sections of the population have written off those in power, who seem to be distant, complacent and unaccountable (“Them up/out there”).

In June 2016 many people had a chance to vent their anger - and were offered a golden opportunity by one of ”Them” - (Prime Minister, lives in the South of England, wealthy, Old Etonian). The opportunity was a chance to vote in a referendum against everything many people disliked: “Foreigners”, “Them Up There”; and a golden chance to “Regain Control” - and (Shades of America) a chance to “Make Britain Great again”. Most of the Media waged a poisonous campaign in favour of Brexit, but Premier David Cameron was languidly confident that the population would follow his advice to stay in the EU.

Instead, large swathes of the population, especially from the more deprived parts of the country, with a disproportionate number of those who had been left behind by the “Gravy Train”; voted against government advice. The “Leave” campaign won a small but clear majority, to the amazement of much of the Establishment!

Is Brexit Good for Britain, a Country with serious Industrial and Trading problems??

Watch this space for News!

Vauxhall announce a major investment in a car plant in England

Not So Good News