FROM PANDEMIC TO SAVING THE PLANET…… 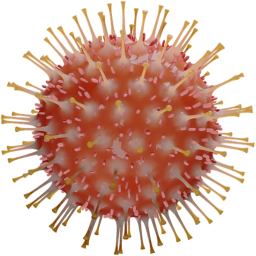 The world has been rocked by the sudden arrival of the Coronavirus, which appears to have originated in a live animal market in China, where animals were sold for human consumption. The original epicentre seems to have been in Wuhan in China.

In the public mind, the origin of coronavirus seems well fixed: in late 2019 someone at the now world-famous Huanan seafood market in Wuhan was infected with a virus from an animal. Scientists say it is highly likely that the virus came from bats but first passed through an intermediary animal in the same way that another coronavirus – the 2002 Sars outbreak – moved from horseshoe bats to cat-like civets before infecting humans.

Buying, selling, and slaughtering wild animals for food is one way an animal-borne disease may infect people. Viruses can spread more easily if animals in markets are sick or kept in dirty, cramped conditions, such as in stacked cages. When animals are under duress, viral pathogens can intermingle, swap bits of their genetic code, and perhaps mutate in ways that make them more transmissible between species. In the case of respiratory diseases, such as COVID-19, the virus can jump to food handlers or customers through exposure to an animal’s bodily fluids.

What does appear to be very dubious is the assertion from the US Administration that the pandemic was deliberately started in a Chinese Laboratory. This story seems as ridiculous as the Chinese assertion that it was carried to China by US servicemen.

The First Negative Effect: If a terrible global pandemic becomes a sort of political football in the diplomatic and trade war between the United States and the Peoples Republic of China, the whole world will suffer. The disappearance of global co-operation caused by this and the withdrawal of the Trump administration from vital international bodies diminishes the science vital to understand this Pandemic and also the crisis of Climate Change that lurks behind the public attention to Cov19. All of this is too serious to become tangled in US domestic politics.

Terrible and Tragic Effects: So, given the tragic widespread consequences of Cov19 there is a widespread and entirely understandable view that the pandemic, and the public health consequences are entirely disastrous. And so they are to the hundreds of thousands of people who have died and their relatives and friends. Also, the massive effects on employment are also terrible for those without work The whole world, with a few exceptions, has taken the Covid19 pandemic by locking down the community, closing businesses, putting huge numbers of people out of work, and placing massive pressures on health systems, hospitals and care homes. The poor and excluded have suffered far worse than their fellow citizens in grossly unequal societies.

The effects on many people who have been even more isolated during the lockdown seem to have been terrible in terms of depression and anxiety – exacerbating already existing conditions.

All of this must come under the heading of “BAD”.

But if we step back a little and take a wider and longer view, the horizon begins to clear a little. The impact of the Virus on society and the economy may not be all bad.

So here is a sort of Balance Sheet:

Big Questions that will Shape the Post Pandemic World: